When Split Screen director Scott Wright’s phone rang showing an overseas number, he assumed it was an unsolicited marketing call. So he ignored it. Luckily the caller left a message. It was Bill Gates’ production office in the USA. Scott rang right back.

It was between Christmas 2017 and New Year 2018 when the unexpected and surprising call came in for Scott. Without giving too many details, Bill Gates’ team left a message indicating they urgently needed a shoot to happen in Perth on the 3rd of January.

The shoot was to promote the ‘Match for Africa’, a charity tennis game featuring Bill Gates and Roger Federer. Split Screen was selected to run the shoot in Perth, as Roger Federer was in the city playing in the Hopman Cup at that time.

The shoot plan was to film Roger in Perth on green screen, and film Bill Gates back in the USA. Then editing wizardry would compile all footage for the finished version.

All good so far, except that Roger Federer was available on the 3rd of January only, and for 2 short hours only! The shoot required no less than 8 setups that involved Roger, with dialogue, so it promised to be extremely tight.

Lee’s first production decision was to secure a suitable location. She figured that if there was so little time to get Roger to come to the shoot, then the shoot would have to come to Roger. A call to the hotel he would be staying at meant Lee secured the ballroom – it was the only day of the year the venue was not booked!

The project’s director, executive producer and the writer crew flew into Western Australia from the USA, and Splitties’ super-producer Lee locked down the rest of the crew from Perth.

Getting ahead to make sure things all ran smoothly, Lee and Split Screen had the large green screen set built the day before the shoot. What’s more, the entire crew rehearsed each setup, blocked out the exact camera moves, and pre-lit the setups across two rooms at the Crown Hotel.

When shoot day arrived, Roger Federer was running late, so there was much coffee drunk in anticipation. But when he got there, things swung into immediate roll-the-camera action. Absolutely no “action” or “cut” were called, and cameras rolled while everyone moved between all the setups as quickly as possible.

The result? Roger left the set after two hours, all shots were recorded and Splitties was delighted to have one very happy client!

We're not around right now. But you can send us an email and we'll get back to you, asap. 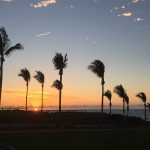 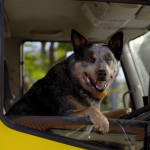 Talking dogs: How we found our new ‘Bruce’Blog